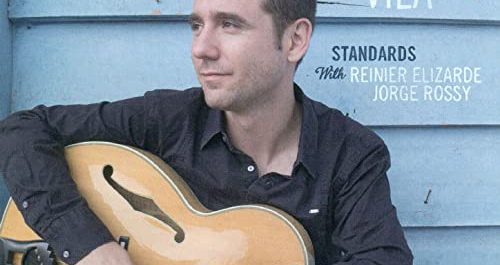 “Standards” is the new album by guitarist Albert Vila, a careful selection of songs written by big names in the history of jazz where the Catalan guitarist also wanted to include a title of his own composition. Pieces signed by Mal Waldron, Cole Porter, John Coltrane and Bill Evans come together to offer honest and true music. Such an outstanding selection was needed to demonstrate that the guitar trio format could still say a lot in the context of jazz. With “Standards” Vila offers us what could be defined as classical, which enables his vision to flow without any problems with modern phrasing and a personality marked by the sound and temperament of his guitar. With two luxury companions, Reinier Elizarde the bassist and drummer Jorge Rossy, Albert Vila gets a surprising result, where the best jazz comes from the sound of this trio in the service of ideas from an extremely restless and creative musician.